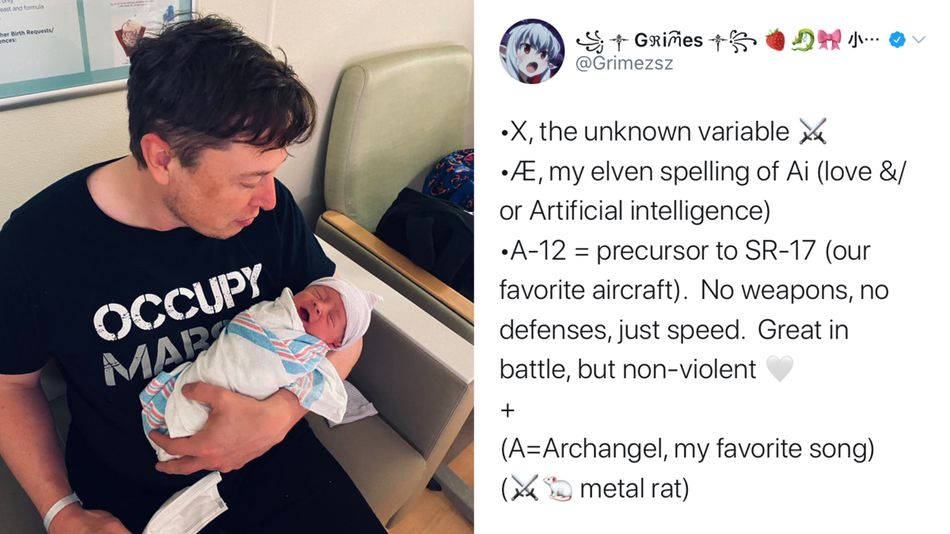 Elon Musk and Grimes welcomed little X Æ A-12 Musk into the world on Monday, but Musk’s Twitter gaffes have not stopped.

After Musk announced their newborn son’s birth in a reply to a thread about cars, Grimes took to Twitter to unpack the baby’s nearly indecipherable name.

Among other meanings, their baby’s name is also a reference to the Lockheed SR-71 Blackbird, a military aircraft introduced in 1966. Apparently, it’s also both Grimes’ and Musk’s “favorite aircraft” — don’t all couples bond over their favorite piece of military machinery? The “A-12” in the baby’s name refers to the precursor to the SR-71.  Read more… Huawei Y9s with pop-up selfie camera and 48 MP triple rear camera setup to launch in India soon Facebook finally appoints members to its Oversight Board, but will it really matter?